The short male name Liam is of English origin, diminutive of the common name William. It is a mixed name that is very popular for little girls in the 21st century. It is available in several spellings such as: Liham, Lyam or Lyham. Among the celebrities named Liam are actors Liam Hemsworth and Liam Neeson as well as singers Liam Payne and Liam Gallagher.

Number of children girls who had the first name Liam (434 births).

Number of children boys having had the first name Liam (251 951 births).

Figures and trends of the name Liam in the world

Like other English names such as Adam and Eden, Liam was not widespread in France at the beginning of the 20th century. Very traditional, the French did not like names with foreign sounds. It was only in the 2000s that Liam began his ascent. First of all, Liam's popularity was confirmed in 2010 when 1,251 births were recorded. Since then, it has continued to grow and gain its place in French culture, reaching more than 3,600 births in 2016.

The name Liam comes from Hebrew and means "the people to me". However, the Germanic origins of its longer version William can also be attributed to Liam. William consists of the words "willa" and "helma" meaning respectively "will" and "helmet". In Hebrew, Liam is also an acronym meaning "my people will not know war".

The name Liam has different meanings depending on the language of use. For example, it means "harmony of feelings" in Arabic and "protection and support" in Persian.

In popular culture, Liam is a name highly appreciated by writers, especially in films and teens’ series such as Teen Wolf or 90210.

When do we celebrate Saint Liam? What day ?

Liam is celebrated on the 10th of January in honour of Saint William who died on that date.

Personalities of the Liam

Liam is a playful and teasing person who tends to be carried by the wind. Working behind a desk from morning to night will not suit him. He needs to be able to express himself and let his energy out. This is why Liam will focus on artistic professions such as singer, actor or dancer. Adventurous and curious, Liam loves to travel and discover new things. He is not afraid to stick his neck out or test his limits. In his personal life, Liam has great difficulty in trusting. He needs time and an appropriate environment to reveal himself. However, once his shell is broken, Liam turns out to be a sensitive and very critical person towards himself. He needs reassurance and loyalty.

Liam is in the following categories: 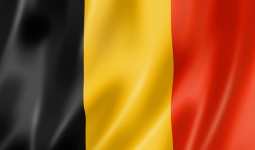