A short name but with a great meaning, John is the English form of the french name Jean. It is in the world of music that we have mainly heard this name from John Lennon to John Legend.

Number of children girls who had the first name John (21 691 births).

Figures and trends of the name John in the world

John's popularity was very unstable in the United States with a peak of 88,522 in 1947 and a minimum of 11 births in 2009. But, it is still considered one of the most popular and widespread name in the country.

The name John and his French counterpart Jean both derive from the Hebrew name Yehohanan. From the terms "yeho" and "hanan", we can translate it as "God forgives".

When do we celebrate Saint John? What day ?

John is celebrated on the occasion of Saint John on December 27th. Saint John the Evangelist was one of Jesus' apostles.

Personalities of the John

At first glance, you will immediately notice John's worrying side. It seems like he is a man in doubt and that his mind is always in alert. He often speaks with a dubious tone which makes him look like someone who doesn't really understand the subject of the conversation. In reality, John is of a reserved nature. He never gets used to the noisy and restless atmosphere. And when he feels too surrounded, he tends to lose his temper. The ideal place for John is this very private setting where you can only hear the sweetness of music. While John seems to like loneliness, he is very attached to family.

Celebrities with the first name John

John is in the following categories: 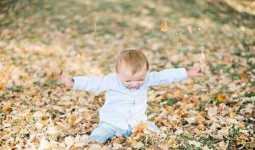