Charlotte is a female name composed of 9 letters and one of the most popular long name in France. This name has several diminutives such as Charline, Charlene or Carlota. Charlotte is also a reference to a city in the United States. Among the famous Charlotte, we have the French actress Charlotte Gainsbourg, the grand-daughter of Grace Kelly, Charlotte Casiraghi and top model Charlotte Le Bon.

The name Charlotte in the world

In the United States, Charlotte wasn’t a very popular name. Before 1910, it was given to less than a thousand kids each year. But, from 1910 and 1980, Charlotte had a great success, reaching a first peak of more than 5,500 attributions in 1943. It was not until the beginning of the 21st century that Charlotte gained a real success. In 2000, we registered 1,104 births of Charlotte. Those births kept increasing until reaching more than 13,000 in 2016.

Of royal origin, it was during the 15th century that the name Charlotte was born. Indeed, the origin of this name comes from Charlotte of Savoy, a woman who dedicated herself to the education of her 3 children while being far from her husband, Louis XI. She was a princess of the House of Savoy and a queen of France.

Charlotte comes from the Germanic "Karl" which means "strong". Usually, Charlotte is used to describe “a very strong woman with a manly appearance who likes to impose her power”. Charlotte is also the female name derived from the male name Charles.

When do we celebrate Saint Charlotte? What day ?

Charlotte is celebrated on July 17 in memory of Saint Charlotte, a Carmelite who was guillotined in 1794 at her 80th birthday during the Great Terror period. She was a woman in the convent, but she was expelled with 20 other nuns. Following this expulsion, they were arrested and guillotined in Paris on the Place de la Nation.

Personalities of the Charlotte

Charlotte is a very stubborn woman who is willing to do everything she can to get what she wants. At work, Charlotte is a model of respect and righteousness. She trusts a lot, sometimes even a little too much. She is not close to her family and prefers to fend for herself. She is a woman who wants to live a stable love story. For her, fidelity and communication are important values in a relationship.

Charlotte is in the following categories: 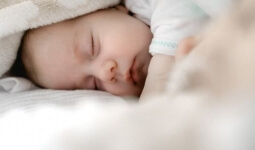 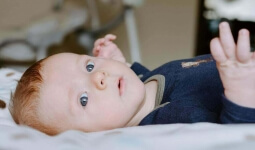